Abe Li is the daughter of Ashiro Konawa and Sophie Chartres. She was an only child, and a regular source of gender-based disappointment for her father.

Despite her best efforts to gain his approvals, the very fact that she was a female, prevented any real bonds of affection from forming between them. Named Abe, a popular Japanese male name, she found herself constantly striving for the approval of her father, who was an accomplished political leader on Kami.

She pushed herself through sports, academic and eventually even joined the Imperial Navy, all in an effort to please him. She earned the nickname, “Able” at the Academy for her quick thinking and skill. She liked the moniker so much, she used it instead of her actual name.

However, relativistic time being what it was, her father would die, long before she would return home. Assigned to the fated Saint of Lost Causes during Project Ascension, and her crew-mates would disappear during the mission.

Declared dead, Abe’s history from that moment forward are a mystery. 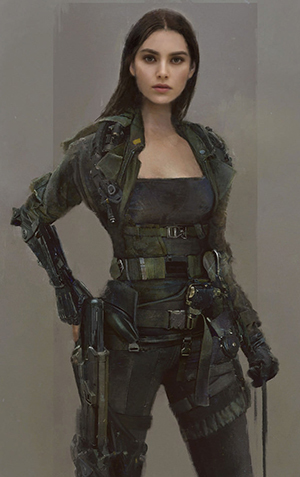