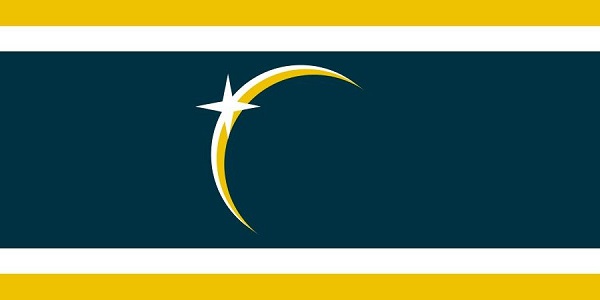 The Parsin Sultanate is a faction of Humanity, comprised of three planets of the Khorrama System. The Sultanate is a designed governmental faction, originating on Earth and upholding the Religion of Zoroa.

The Sultanate is in opposition to the United Empire, especially after the UE annexed the Parsalan System, which had been colonized by the Sultanate.

Since that event the Sultanate has been on a war-footing, although they still prefer to negotiate the return of the annexed colonies and come to a more stable peace.

Political Matters – View from the Outside

To most of the universe, the Sultanate is simply a small faction of the Empire and is often treated as such, much to the chagrin of the Sultanate. Tensions between the Sultanate and Empire remain high internally, though diplomatic relations are only just beginning and are tenuous at best.

On the United Empire: The Empire has upset the Sultanate with its annexation of Sultanate planets. An all-out war is ill-advised as the Empire controls a much larger military power, but the planets of the Sultanate contain the largest known concentration of H3 and the processing ability for it. The Sultanate has made it clear that it is perfectly willing to destroy both if further military action is taken, which would deal a devastating blow to the Empire. For this reason, both sides have begun the process of negotiation.

The Sultinate is run by an unusual sort of democracy in which 2 primary leaders, the Sultans, are elected. There are no requirements to be a Sultan beyond being voted into office. Power is equally divided between the two Sultans, with one governing the Economy and making all decisions related to it, while the other governs the Law and oversees enforcement of it. In order to declare war or make other similar decisions, both Sultans must agree. Citizens may proffer new laws or regulations through a democratic vote, but it is ultimately up to the Sultans to agree to the adoption of such.

by: Nicesociety
See All Pages